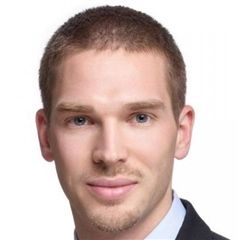 Graduating Class: 2000
It’s hard to believe that it has been over eight years since I graduated from EB. Though I am no longer studying French,
and now live on the other side of the world, I still feel an attachment to French culture. However, my primary interest
has settled on another country.

After running out of French classes in high school, I made a decision that’s shaped my life ever since. I started learning Mandarin. In college, I became ever more immersed in studying both Chinese and China. My first trip to the country was an amazing experience, though my first impression was hardly positive. Stepping out the airport door, I was confronted by thick, gray smog, and all I can remember thinking was that the warnings about pollution I had received were dramatic understatements. However, my decision to spend a semester abroad was quickly reaffirmed and my passion for China cemented. The food, always among my top priorities, was spectacular and completely unlike Chinese food found in the United States. Only French cuisine can compete with the variety of authentic Chinese food, and even then, French cuisine is hard pressed if the food of China’s minorities is accounted for. Walking down back alleys in Beijing was a pleasure, of which I frequently took advantage, enjoying the smells and tastes of the street vendors’ fresh foods. While in Beijing and other large cities, I was
also struck by the sense of change that surrounded me, manifested not just by omnipresent building cranes, but also by
the sense of dynamism reflected in the infusion of new stores, restaurants, and even neighborhoods.
However, one of my most memorable experiences of that first trip was traveling to China’s northwest, which is inhabited by Turkic Muslims (usually referred to as Uyghurs). Upon arrival, I felt as if I had been transported out of China and into Central Asia. While I soon discovered the region’s fusion of both familiar Chinese
culture and that of the Uyghurs and other minorities, what most influenced me was not anything cultural. Rather, it was the
contrast in development that I was seeing firsthand between China’s aggressively modernizing coastal cities, and its poor,
minority-dominated northwest.

Back at college in the United States, I had the surprising pleasure of applying my French skills to my schoolwork by taking
advantage of a course on the Enlightenment to read Rousseau in the original French. Outside the classroom, I explored the opportunities offered by living near Washington D.C. by immersing myself in the East Asian policy community through
internships at a political NGO and a research institute.

Following graduation, I returned to China, seizing the once in a lifetime opportunity to experience this summer’s Olympic Games—China’s “coming out party” as a rising superpower. Though
I was disappointed to discover that the street vendors I had so enjoyed had been forced off the streets, it is hard to imagine a future Olympics ever topping this year’s in terms of sheer grandeur.

I have since moved to Nanjing, where I am studying international affairs in Mandarin at the Hopkins-Nanjing Center. It is incredible how much, even here, my EB background still influences my life. Shortly after arriving in Nanjing, I walked down a back alley and
into a small restaurant for lunch. To my surprise, in the back room I found three young Westerners having a conversation in French, which I delightedly joined in. Since that time, I have been pleasantly surprised by the number of French speakers in Nanjing, including some of my classmates. Moreover, I have been blessed with an amazingly authentic French restaurant located close by that serves the most amazing chocolate mousse. My life
may have shifted to focusing on China, but my French upbringing remains a part of who I am. Whether it is through sudden cravings for delicious French cuisine, or the desire to watch French movies without subtitles, my subconscious consistently remind me of the influence of EB on my life.
Back