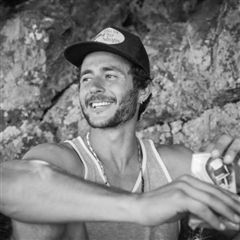 Graduating Class: 2000
Current Company Name: Back to Earth
Current Position: Co-director and co-founder
Current Location: San Francisco Bay Area, CA
Education / School 1: Brown University
I am a junior at Berkeley High School and graduated from EB three years ago after an undeniably formative ten years in attendance. I hold as my memories from the school some of the sweetest and some of the most trying of my life. Yet the lasting impression which the school has left on me is firmest, not in the form of anecdote but as a set of lessons learned that I will forever apply to life. For me, EB presented a playing field upon which I comfortably molded a position for myself. Nestled warmly among
familiar faces, while driven by the rigor of a formal French education, I was continually compelled to reevaluate and reassess who and where I was, as well as the more dynamic
and daunting questions of who and where I wanted to be.

As life moves on, these questions evolve, metamorphose, answer themselves and then demand yet another level of recognition. I will spend the rest of my life in pursuit, through action and non-
action, of those answers and I firmly believe EB to have been the breeding ground of many of my most fulfilling endeavors.

When I was eight years old I began acting. I started with local theater and though I still work with reputable theatre houses throughout the Bay Area, including the Berkeley Repertory Theatre, the Aurora Theatre, ACT and the Magic Theatre, I have also worked extensively in film and television. For the first four years of my career, I was both working and attending EB. Not only was the school helpful and supportive of all my activities, it simultaneously forged a foundation in which academic rigor and accomplishment were expected. The priorities that it set, academics first yet not at the expense of becoming a rounded and prepared global citizen remain the bulwarks of my life. I feel that much of the evolving and learning I do today is through my own writing. I’ve been writing poetry and performing it competitively since I was twelve years old. I work extensively with a San Francisco based organization called Youth Speaks. I
have performed all over the country and plan to publish my first volume of poetry sometime next year.

While I still have another year to decide on colleges, I am aiming at some of the most competitive and rigorous institutions in the world. I have absolutely no doubt in my mind that those opportunities are directly related to the preparation and standards set by EB. For that, I am always grateful. I wake up every morning and consider the blessings of my life, of which my
time at Ecole Bilingue remains one of the greatest.
Back