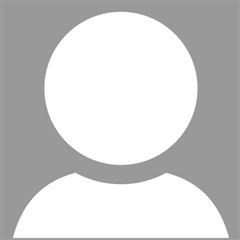 Graduating Class: 1985
Current Position: to improve the health of women and their families in Africa, Asia and Latin America for a non-profit organization
Education / School 1: FAIS San Francisco, La Sorbonne (Paris)
Writing about yourself sometimes feels a little like writing your own letter of recommendation. It’s not that easy. But doing it in the context of Ecole Bilingue is like writing your own adventure story. My story started in kindergarten at EB, and got more exciting with every corner turned.
Growing up, my parents were of the mind that “exposure” was an essential ingredient to a good education. Enrolling my brother and me in this once small school that had immeasurable vision about the value of scholarship and culture was their first attempt. Very early in life, we were exposed to alternative learning, international consciousness, and a second language to boot (not a word of which either of them spoke, incidentally). Their second attempt was to move our family to Kenya when I was seven (after a couple of years at EB). I knew what and where Africa was, but had no idea why we were going there. I was told, “You’re going to see how people live in another part of the world!” That was good enough for me. Of all the schools we considered, L’Ecole Française de Nairobi felt like the best fit. It was just like EB, minus the English, and with kids from Morocco, Vietnam, Senegal, France... all over. And that setting felt normal to me. Somehow I managed to succeed in an all-French environment, which had a lot to do with the foundation planted at EB. Fourteen months, a
new world view, and a third language (Swahili) later, we crossed the Atlantic back to Berkeley, and back to EB. Exposure was a success.

At the time EB did not have middle school, and post-fifth grade evolution took me to FAIS in San Francisco. Traveling across the Bay Bridge every day gave me the travel bug. So in the seventh grade, I managed to get myself selected as one of two U.S. representatives at an international youth film festival in Paris to judge films from around the globe. We were 28 from fourteen
countries worldwide. They rolled out the red carpet, chauffeured us around in snazzy Citroëns and aired us on a national French
TV talk show—we felt like teen stars. Needless to say, our sponsors repeatedly mistook me for the participant from Côte d’Ivoire.

Something about the way I spoke French “sans accent” combined with the right amount of melanin. Fast forward to college. I spent just over a year studying philosophy and French literature at the Sorbonne. While there, I also made my [very] amateur Paris debut as Cyrano de Bergerac’s Roxanne, for the Institute of European Studies’ annual theater production.
Speaking and living in French is one thing, but acting in French is another bag of potatoes.

Post-college left me with many options for next steps. I moved to Benin to work in primary school education and development,
and the transition to living life in a small African village was largely softened by my ability to communicate with people in a way that was comfortable to both them and myself. I learned to love cold bucket baths, to do laundry by hand, and to appreciate the wholesome goodness of living simply... but more than anything, being there solidified my understanding that the ability to speak another language is so much more than mere communication; it’s about cultural sensitivity, it’s about global awareness; it’s about being entirely human.

Today I live in Manhattan working for a non-profit organization that helps to improve the health of women and their families in
Africa, Asia and Latin America. I have seen so many new places and learned about health crises in the world that most of us cannot even imagine. I have also been dabbling in voice and piano, which helps to keep me grounded in the chaos of the city. It’s certainly been a journey, and there have been lots of twists and turns. But it all started at EB, where I received the tools I needed to move through this life with confidence and a fearless spirit.
Back