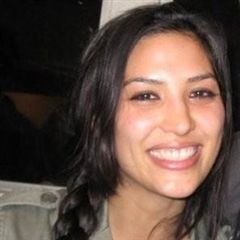 Graduating Class: 1996
Current Position: Consultant
Current Location: Oakland, CA
Education / School 1: Harvard University, University of California, Berkeley
Learning French at Ecole Bilingue has had a profound effect on me. As I became comfortable in my second language, it was almost as if linguistic barriers were knocked down in my mind. I’ve always found that the greatest obstacle in learning a new language is the fear of testing out conversation and making mistakes. But since EB taught me how to think in French at such a young age, I have never felt afraid to try my luck at learning different languages. This, in turn, has enabled me to experience some of the greatest adventures in my life: travel.

While I was in seventh grade at EB, I helped organize Global Exchange’s (a local human rights organization) first educational youth tour to Cuba. As most who travel to Cuba quickly learn, making friends with the warm people there comes easily and naturally. After my initial visit, I returned often throughout high school to see my adopted family in Havana. The long summer nights spent chatting along the Malecón quickly bolstered the Spanish framework set in EB middle school classes. Before I knew it, my Cuban friends had made me fluent.

The summer after my freshman year at Harvard, I decided to go somewhere completely new and unknown to me. In Ghana, I
lived and taught in a missionary school run by yogic monks from India and other parts of West Africa. Once a British colony, English is spoken widely throughout Ghana. But in the small village where I was, in the mountains of central Ghana (north of Kumasi), proficiency in English was more scarce. I learned that to befriend my neighbors I would also have to learn some Twi, the local dialect. At first it was hard, but when I learned that most of my coworkers easily spoke sixteen or seventeen languages everything was put into perspective. Besides the language challenge, being in Ghana was very life-changing. Though Ghana is stable and much more “developed” than neighboring African nations, I never have experienced the level of poverty in which my community lived. Working in Ghana raised issues not only of survival and suffering, but also the role of the West’s social responsibility for poverty alleviation.

I returned to school compelled to delve deeper into issues of culture and development and chose to concentrate in Social Anthropology and African and Afro-American Studies. Through incredible courses both inside and outside my majors, I became close with some truly amazing professors. I can’t adequately explain how grateful I am for this experience. Many all-nighters later I wrote a senior thesis on the phenomena of gay dads adopting Black children. As I am neither an adopted Black child nor a gay man, the study was definitely an ethnographic experiment of participant/observer. The project was extremely rewarding, mostly due to the lovely families who befriended me.

Last year I spent as a Harvard CPIC (Center for Public Interest Careers) fellow, working as a trial preparation assistant for the New York City D.A.’s Office investigation sector. As expected, I found aspects of the criminal justice system completely flawed and racist, but I rationalized my work because I investigated white-collar crime—which translates to rich people who usually get away with scams and end up on yachts off the coast of Thailand.

This past April, one Sunday night before work, a pretty crucial turning point in my life occurred: I found out that my childhood friend’s car was bombed in Iraq, where she was on a humanitarian mission to count Iraqi civilian casualties. She was one of the three other teenagers who I organized the Cuba youth trip with years ago. It’s hard to describe what it feels like to find out a long-time friend has died by seeing her smiling face flash across CNN. What’s most important to me is that she died doing something that she believed in. Life is transient, and her death made me realize that I better live as she died: courageously and passionately. That said, my next humble attempt at bravery will be moving to Vietnam this October. I’ve been taking Vietnamese classes for nearly a year now to prepare for a Fulbright there. I’ll be researching microfinance and the role of women in the developing economy. As I do my best to become fluent in Vietnamese and to prepare for a year far away from home, I feel that I’m on the cusp of a lot of adventure. There’s no doubt
in my mind that my desire to learn and comfort in other languages, which was first instilled in maternelle at EB, has helped bring me here.
Back