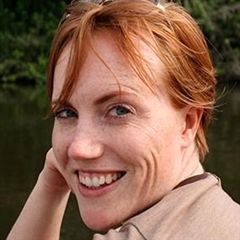 Graduating Class: 1993
Current Position: Owner at Next Adventure, Inc. Board Member at Safari Professionals of the Americas
Current Location: Berkeley, CA
Education / School 1: UC Berkeley
I was born in 1979 to a true “Berkeley” family. My father was
a renowned American mountaineer and entrepreneur, while
my mother’s family were ranchers and farmers who pioneered
northern British Columbia. It’s fair to say that traveling to some
of the most remote areas of the world and running my own specialty travel business are part of a family tradition that includes curiosity, adventure and independence.

I was named for Kilimanjaro, the highest peak in Africa, and
went on my first safari in Kenya and Tanzania when I was just
a year old. During my ten years at Ecole Bilingue (I completed
Middle School in 1993), I shared with my classmates and teach-
ers many slideshows of my early travels to off-the-beaten path
destinations like Nepal, India, Peru, Ecuador, Chile, Argentina,
Antarctica, Botswana, Lesotho and the Seychelles.

I credit both my family and Ecole Bilingue with providing a
firm foundation in global citizenship that has served me well.
In fact, as a five-year-old, my fluency in French defused a tense
situation in Cameroon near the border with Equatorial Guinea
when I was able to interpret for my dad!

After graduating from UC Berkeley in 2002 with degrees in
both Biology and Anthropology, I’ve continued to pursue my
interests in travel, wildlife, evolution and archaeology. In the
past six years, I’ve traveled widely in Western Europe and Southern, East and North Africa both independently and as safari
escort and translator.

Today, I am among the youngest Africa specialists and entrepreneurs in the travel industry, handling customized safari arrangements which often include unique experiences such as gorilla tracking, camel-supported walking and birding safaris. Everyday I see how my educational background, my work experience and my travels prepared me to assume day-to-day management of my family’s business, Next Adventure and Safari, in 2005.

My father, who served two terms on the EB Board, made his
love of mountaineering a permanent part of EB when he helped
build the “alpiniste” statue that still marks Annual Fund progress at the Lower School. I was honored to continue another
family tradition when I was invited to join the EB Board of
Trustees last spring.

As a trustee, I will endeavor to follow in his footsteps and leave
a lasting impact on our school community. As the first alumna
to serve on the Board, I’ll bring a perspective that is both long-
term and student-centered. While I am still learning the duties
and responsibilities of being on my first Board, it is clear to me
that the vibrant sense of community that I remember from my
time at EB is still very much part of the school.

Recently, I attended a friend’s wedding, and many of the guests
were EB alumni and their families. Fifteen years after graduation, I was excited to see these families were still very interested in the school, and hungry for news. As a trustee, I hope to keep
the school relevant for alumni families and to engage the many
graduates like me whose early years were shaped by EB.
Back