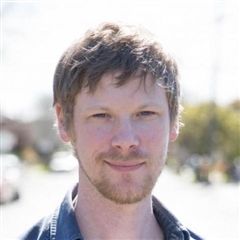 Ann and Colin Hasse became parents at Ecole Bilingue in 1984
when their son Andrew (Class of 1995) began pre-K. Twenty years later, they are ready to become an Alumni family as their younger son, John, is about to graduate from the 8th grade. Having spaced their children in order to maximize their membership in the EB Parents Association, one wonders how these American parents came to be so committed to bilingual education and EB. With a Ph.D. in Classics, Colin’s language proficiency did not (and still does not) include French. Ann spent her junior year of high school in Paris with her parents when her philosophy professor father took a sabbatical year in 1964. Ann used her high school French and coaching from her fluent father (despite the fact that he had never been to Europe before his sabbatical!) when she spent that year in a private French girls’ school called L’Institut Norma Désir. Since the educational reforms made after 1968 were yet to come, many of her teachers
spent the whole class period reading from prepared texts—not a practice inclined to endear them to a California adolescent, but very good for Ann’s French. That was about the extent of their French connection when Ann and Colin began to think about schools for Andrew. With the urging of a friend whose child was already in grade school at EB, they chose our pre-school
program for their own child.

That three-year old is now a twenty-something who graduated from New York University last year with a degree in film-making. Ann, Colin, and John recently attended a screening of his
film at the NYU First Run Film Festival which show cases the work of recent graduates. Andrew’s film , My Friend Friedrich (that would be Friedrich Nietzsche – Andrew IS the grandson of
a philosophy professor) is a 20-minute romantic comedy in which a spectral Nietzsche appears to give advice to a love-sick undergraduate. Andrew was the screenwriter and director of the production which involved about twenty people and was shot at several locations around New York City. He had begun the screenplay for the film during the spring of his junior year at
the NYU program in Paris. Andrew’s decision to spend a semester in Paris had taken his parents by surprise: as a
high school student at Marin Academy, Andrew had taken Spanish, nor did he study French in college before going to
Paris. Nonetheless, having EB in his his past, Andrew returned from Paris with the best French of the non-native
speakers in the program. EB was also the beginning of Andrew’s film career. His seventh grade English teacher,
Chris Nickoloff, had given Andrew and several classmates permission to make a video book report. Their 20-minute video on Lord of the Rings won third place honors in the East Bay Film
Festival. Currently, Andrew is back in Berkeley where he works for Fluid, an animation production company which was founded by a group of former Pixar employees. Andrew was hired as a script writer and he has just been made the production director for a TV pilot. Ann notes that Andrew has kept his EB friends: “Those ties continue.”

Just as Andrew was leaving EB, his younger brother John began pre-school. As he is at the end of middle school and the beginning of adolescence, John’s life as an EB alumni has yet to be lived. He will be going to Berkeley High School next year, partly because BHS has a golf team! John also feels ready
for a larger school and he values the cultural, social, ethnic and economic diversity that is such a big part of EB and not so easily found at many private high schools. Ann does not know what
John’s attachment to French will be as an alumni, although she feels that he is much more fluent and secure in French than Andrew was at the same age because of changes which have taken place at EB. English is now given a 50% share of the curriculum beginning in the 3rd grade rather than the 1st grade. Nor does she feel that John’s English skills have suffered as a consequence despite some concern. Ann notes that her two sons, despite their very different personalities, both refused to
speak French at home. But, because of EB, “they both have a sense that there are at least two worlds”—a sense that
many other Americans do not share.

With the experience of twenty years behind her, Ann says (with perhaps only a little anticipatory nostalgia!) EB has been a very positive experience. As a parent volunteer, she has been a room
representative (repeatedly) for each of her son’s classes. She lays claim to the gift basket as fund raising tool: for many years, she donated a chocolate basket for the raffle and Kitchen Tour
which has since become a model at EB auctions. Ann and Colin handled ticket management for the Kitchen Tour and Raffle for a number of years and they sold EB t-shirts and sweatshirts in
several different styles for seven years. When the Hasses became parents at EB twenty years ago, the school was led
by its second Head of School (Fréderic Canadas is the fifth), EB had only several hundred students (now there are just over 500), there was no middle school and no middle school site.

Thanks to the Hasses and the efforts and commitment of many, many other families, EB is a very special school.
Back