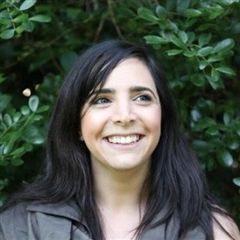 Graduating Class: 1994
Current Position: Public Affairs & Strategic Partnerships at Institute for Economics & Peace
Current Location: NYC
Education / School 1: The American University of Paris, he London School of Economics and Political Science
When I mention that I went to a bilingual school, most people
assume that we simply took French language classes our whole lives. That’s when I have to start explaining, “No, it really was like going to school in France. We had physics in French, environmental science in English, geography in French and American History in English. All our notebooks were imported, so we could follow the proper French method of note taking in the miniscule spaces between the lines. We used a cahier de textes for recording our homework, and made sure to always have a triangle, compass, and protractor every time we entered math”. “Wow, that’s really cool,” is the answer that I usually get. Yet each time I hear it, I realize more and more what a gift attending Ecole Bilingue really was.

Growing up immersed in EB’s French culture allowed me to be
comfortable in different societies, living amongst and meeting
people with diverse languages, upbringings, and beliefs. I spent
my university years at The American University of Paris, having originally chosen to move to France to accompany my family on their sabbatical year. Having attended EB gave me an advantage over my classmates, not just for the obvious reason that I spoke French, but also because I understood the culture and more
importantly, was acutely attuned to recognizing and accepting
cultural differences. This sensitivity was crucial as I attended
a university whose student population of 900 represented over 100 different countries. As a plus, having grown up speaking
French differentiated me from the stereotypical “dumb” American who can only speak English!

Currently, I am preparing to move to London to complete a master’s degree in urban planning at The London School of Economics. My particular interests lie in developing urban
governments and citizens who are culturally sensitive, in order to create diverse and integrated cities. Had it not been for the values of curiosity and acceptance that I learned at EB, I would not have the skills for the job I wish to undertake.

Although I have spent the last five years living in Europe and wish to remain there, I often long to return to the Bay Area to be part of my Ecole Bilingue community. My closest friends are those I’ve known from EB since age five, and I feel a sense of comfort being around them and their parents who have watched me grow up (one of them coerced me into writing this profile!). Honestly, my biggest struggle is the decision as to which country to live in. As I straddle the U.S and Europe, I realize that my indecision reflects EB’s having provided me with an education that opened my mind to new places and experiences. Oh well, c’est la vie!
Back