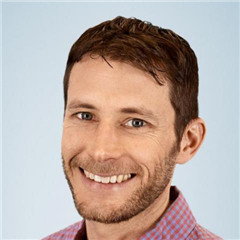 Graduating Class: 1996
Current Position: Director of Sustainability at Lyft
Current Location: San Francisco Bay Area, CA
Education / School 1: The College Preparatory School, Williams College, University of California, Berkeley
Education / School 2: UC Berkeley
When I stepped off the plane in Casablanca, I had no idea what the coming year would have in store. As I walked along the tarmac towards the terminal in the hazy dawn light, I reflected on just how it was that I had arrived here. Ever since my days at EB, there had been something inside of me—a curiosity, a fascination, a love of languages and cultures different from my own—that had been propelling me towards this country and this moment. A process that had begun some seventeen years before in the maternelle at 1009 Heinz Avenue seemed to have come to fruition—and here I found myself, ready and eager to begin my new job, a fresh graduate of Williams College with a physics degree in one hand and a suitcase in the other. I blinked, and entered the terminal.

At the Casablanca American School, where I spent the next year working as a math teacher in the 7th and 12th grade classes, I quickly found my language skills being put to use. Though my teaching was conducted in English, my fluency in French (and the bits and pieces of Moroccan Arabic that I was quickly picking up) proved indispensable in building positive relationships with my students and their parents. I also soon discovered that I was a hot commodity at faculty meetings—as one of the few teachers at the school truly fluent in both French and English, I was frequently called upon to translate critical information between my Moroccan and American colleagues. And of course, outside of the school, my knowledge of French allowed me to forge lasting and deep personal relationships that would have been impossible without the ability to communicate.

During my travels around the country over the course of the year, there was something that struck me, besides the warmth of the culture and the pleasure of being exposed to a new language: the pollution and degradation of Morocco’s natural environment. It is a beautiful country with stark mountains, a yawning desert, arcing beaches, and lush, fertile plains. But upon closer inspection of these landscapes, something disturbing comes into focus. There is trash littered everywhere: along the trails and in the mountain streams, half-buried in the sand of the beaches (making the simple pleasure of a barefoot walk impossible), along the highways and streets and gutters of its cities and medinas. And this most visible pollution barely scratches the surface of the litany of Morocco’s environmental woes, which include deforestation, desertification, poor groundwater quality, and air pollution. It made me so sad to see and learn of all this, to find Morocco’s striking landscapes marred and kind people threatened in this way.

Inspired to learn more about the socioeconomic, technological, and political reasons for this environmental degradation and the associated poverty, and what kinds of solutions might be found, I applied to UC Berkeley to study Energy and Resources in graduate school. My course of study has included courses in energy, environmental science, economics, development, and environmental law (not to mention Arabic!), and I now feel closer to understanding some of the complex reasons behind poverty and diminished environmental quality in the developing world.

But there are also environmental issues that affect us here at home, the most notable of which is the potential of climate change. Feeling an urgent need to contribute to solving this pressing global problem, I became very involved in UC Berkeley’s environmental sustainability initiatives. First as an appointee to, and now as co-chair of, the Chancellor’s Advisory Committee on Sustainability, I am helping a group of faculty, administrators, and other students conduct the first-ever greenhouse gas emissions inventory of the university, which we will use to identify opportunities for reducing—and eventually eliminating—our climate footprint. Further, I am working with the Trustees of the university’s endowment to identify ways that our investments might be leveraged to improve social and environmental equity while meeting the institution’s financial goals.

I do not yet know what the outcome of these initiatives will be, but my hope is that, by the time I graduate in May, I will have contributed in some small way to the betterment of our world. Though the future is still wide open, I am certain that the international perspective and language skill I gained at EB, coupled with my desire to work on global environmental problems, will figure prominently in my eventual career.
Back